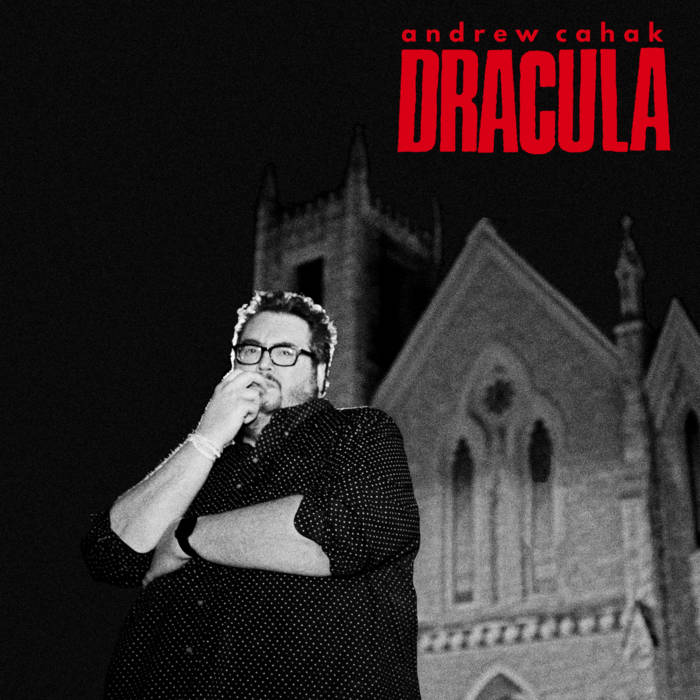 I wanted to call this record Led Zeppelin II 2. I still kind of wish I had. The only thing is, that title doesn’t mean anything. Dracula, though? Dracula means something. It’s weird to say that a comedy album is about something, because most of us aren't used to thinking about comedy albums that way. But this album is about something. It’s about monsters and pain and darkness and love and time and fear.

In college, I worked at a 24 hour convenience store. One day, a man dressed in a ragged, grungy windbreaker and dusty stonewashed jeans came in to buy a cup of coffee. As I rang him up, he told me that I had The Fear.

Then, without another word, he revealed his true form as a cursed prince and disappeared in a cloud of smoke, as if a centuries-long spell had been broken. I'm haunted by that moment often, usually in my darkest times, and its mystery gnaws at me. I assume that’s how he freed himself of his curse: by spreading it to me.

I recorded this album on the 7th anniversary of the first time I tried stand up. My first set (if you could call it that) was at the open mic at Grumpy’s in downtown Minneapolis, an indomitable place if ever there was one (until it was demolished because Minneapolis needs more condos!). In fact, the incident described in ‘An Orgy of Despair’ (track 2) happened at Grumpy’s, just a few weeks before the album recording. Doing comedy there every Wednesday helped me in ways I can’t quite articulate. I didn’t feel comfortable calling myself a comedian until I could win-over that crowd at Grumpy’s, as indifferent and obstinate as they were. I met people I love there, I had some of the worst nights of my life there. And on that tiny, dumb stage, I overcame my fear. It’s hard not to when you’ve got a sea of unimpressed, unblinking faces staring at you while you pour out the most intimate parts of yourself. At least, if you’re doing it right, anyway. Now, I’m not afraid of anything except sharks and loving the wrong kind of woman (see track 3).

This material may be uncomfortable. I am uncomfortable with some of it, you can hear it in my voice. It covers a wide gamut of things I reckon with every day. It’s important to acknowledge the parts of yourself that scare you. We live our lives in conflict: with what we want from others, with what we want from ourselves, with what we are. Stand up is one of my most beloved things and it has also brought me some of my deepest heartbreaks. It’s eternal love, it’s sharp teeth in the darkness. It’s the power to ensorcel an audience. It’s the thing you want to give yourself over to but you know it will take everything you have if you let it. It’s The Fear. That’s what Dracula is about.

By the way, if you’re reading this, you have The Fear, too. Or, to quote a long lost friend: now you got what I got. Whew, now *I’m* free of the curse. Damn, I should have done that years ago.

Anyway, Led Zeppelin II 2. I’ll probably use it for my next album so don’t steal it! I mean it!

Andrew Cahak is an exhausted man living in a world of illusions. He is also a comedian.

Bandcamp Daily  your guide to the world of Bandcamp